It’s April. The snow is melting off the trails in the foothills of the Sierras and the days are finally getting longer.

I have the urge to do all the outside things and today seems like the perfect day to borrow my husband’s mountain bike and give a new sport a whirl. I’ve never biked with my dogs before so I opt to leave them at home for my inaugural ride to avoid, you know, potentially running them over. I’m cruising on the beginner trail I picked out for my big day and my confidence levels are soaring…until an off-putting dude comes riding the other way and…Luckily, no foul play occurred and I live to ride another day. 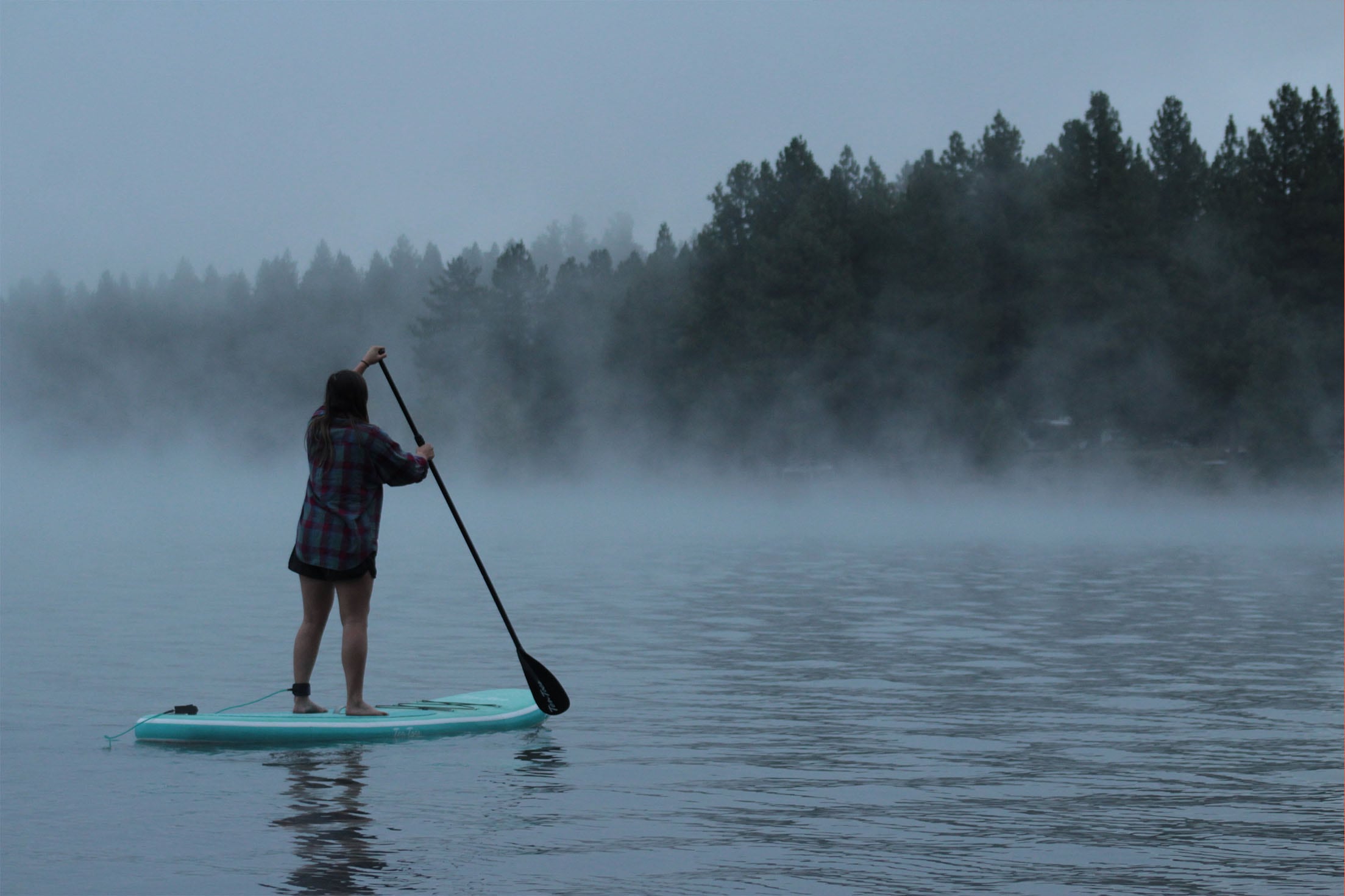 We’ve all been there, right? A perfect solo day in the outdoors thrown off by unforeseen encounters, busted gear, or even just a fearful state of mind. As adventurers, we have some sweet examples to look to for how to survive alone in the outdoors. Major TV networks have been running survival TV shows for years. There are books and guides and articles that make great resources to learn how to thermo-regulate, load up a pack properly, build a fire from nothing but twigs and fairy dust, you name it. Most of the examples we have in the solo adventure world don’t have to think through one key, paradigm shifting reality: what it means to be alone outside as a female.

I’m a firm believer that the best memories are made outside. I’m also a firm believer that great strides in mental, emotional, and even spiritual health can be made alone in the outdoors. So, let's start by being blatantly honest: it’s different as a woman. It just is. If you’re wired like me, you’re not backing down from the challenge either, so we should be as informed and intentional as we can be, right?

In terms of safety, preparation is the number one way to ensure more trail days in the future. When in doubt, prep it out. Whether you’re backpacking, road tripping, biking, or even putting in some day-hike miles, having a plan for all the obstacles that can (and probably will) pop up on your journey can silence a big percentage of the fear that may find its way into your thoughts. We want you to feel empowered to strike out on your own. We also want you to come back! The following are tips I’ve gathered from Outdoor Leadership School, and years of soloing outside. 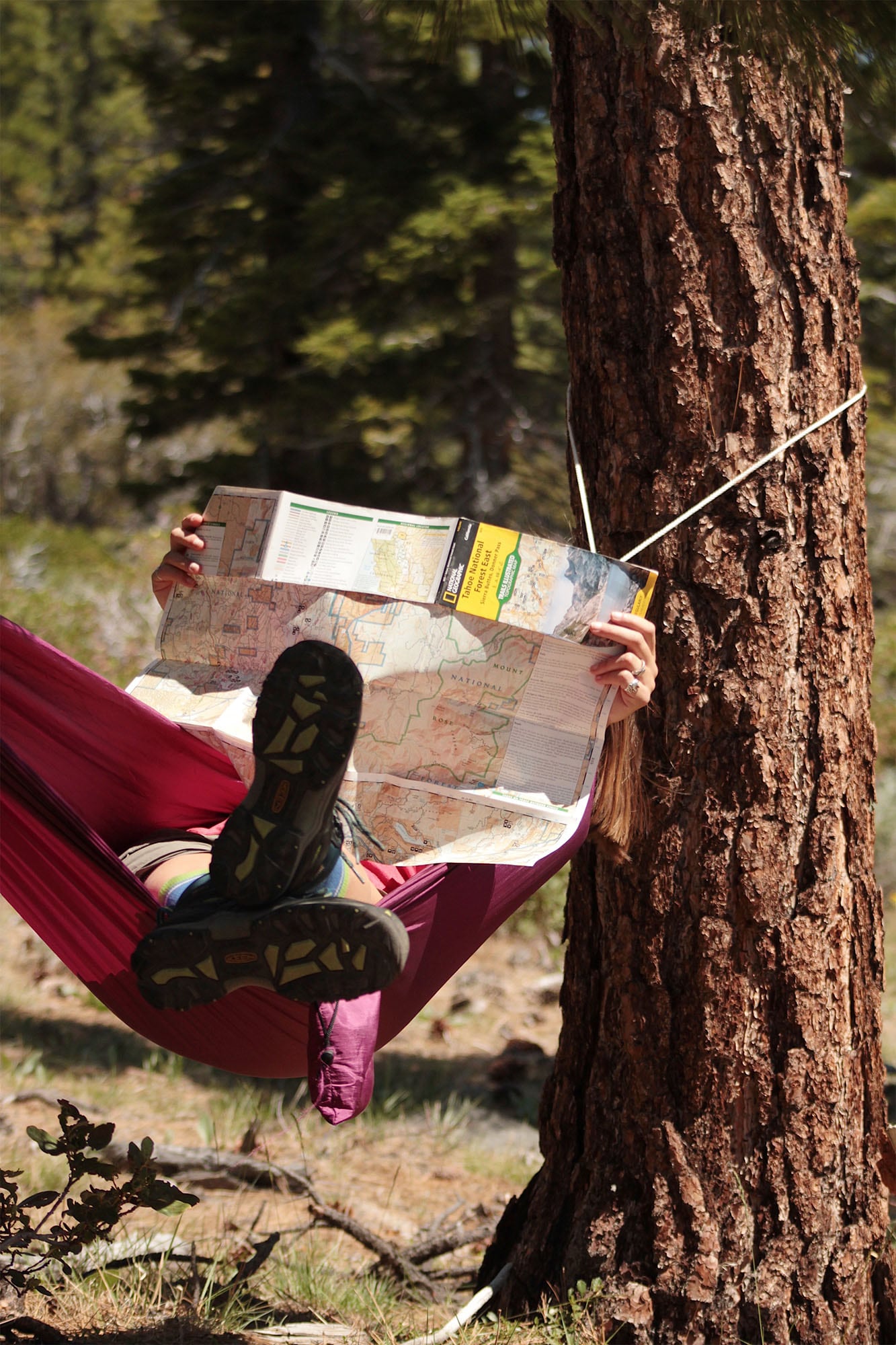 1. Channel your inner "Dora the Explorer": Carry a map.

I don’t mean to sound dated here, but there will always be value in a good old fashioned map.

Maps can be printed off the internet or often purchased at your local gear shop or even in some gas stations. If you plan on carrying your phone with you and want to save some trees, you can also pre-download maps of specific areas or even take screenshots of all the information you’ll need. That way, if you trek into an area with poor cell service, you can still find your way home.

2. Have a point person

Always give someone the details of your trip before heading out. Include the name of the trail you plan to use, how far you plan to go (this can be a range, i.e. “5-7 miles”), and when they can plan to hear from you. If you’re headed out of cell range or are unaware of the cell capabilities in the area you plan to travel in, provide your point person with the contacts for local Search and Rescue. Preparing this information beforehand takes the pressure off your point person, and can potentially be life-saving. Provide a projected return time for your adventure and allow for a bit of flexibility here in case you decide to rest, push an extra mile, or simply enjoy the view for a little longer than expected.

Here’s an example script: “I should be back by 4PM, but if you don’t hear from me by 6PM, please call for help.” Most smartphones also allow you to share location with a friend for a dictated amount of time. Keep in mind, this option will only serve you if you know for sure you will remain in an area with cell service. 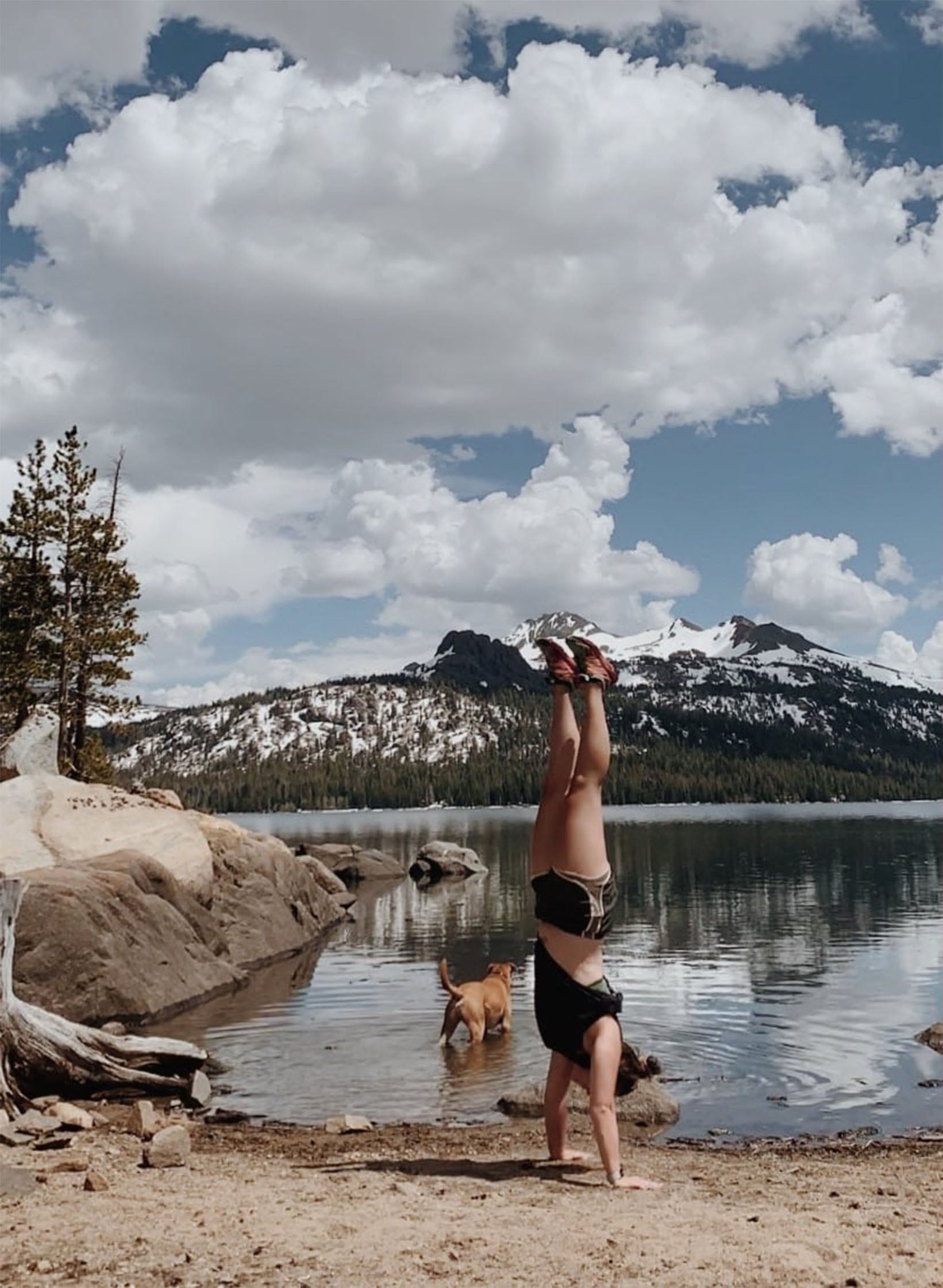 Layers, nutrition and first aid, fam. If you’re headed into the extreme desert or the high peaks, we’ve got more to talk about. Most of us, however, can count on three layers. Start with the get-up that fits the projected weather for your day, and then be prepared to scale up or down from there. (Sorry, PNW explorers. You should probably commit to that rain jacket as well.) In terms of snacks, by all means, freestyle. I’ve seen the healthiest of snacks on the trail and I’ve seen women throw cold pizza in a bag and call it nutrition (okay fine, it was me). Bring what fuels you and makes you feel awesome, but consider bringing an extra serving in case of fatigue. Throw adequate water and a first aid kit in—fingers crossed you don’t need it— and you’re good to go!

Hey, if you’re here hanging out on the Retrospec blog, you’ve probably got some time invested in the outdoors. One trick for upping your solo confidence is to mentally copy and paste your physical abilities from a group setting to a solo one. If you’ve ever hiked five miles with other people around, congratulations, you are capable of a five-mile solo! That’s not to say pushing yourself in a solo setting is not allowed, but if you’re stuck in a mindset that’s telling you you’re not capable of the journey, go ahead and pull out your mental résumé of all the treks you’ve completed before. You’ve got this! If you need a tangible pep talk, bring along a favorite book, a note from a loved one, or write down a favorite quote to keep in your pocket. A good poem read in the outdoors is guaranteed to make you feel like a modern-day John Muir and inspire you to keep going. 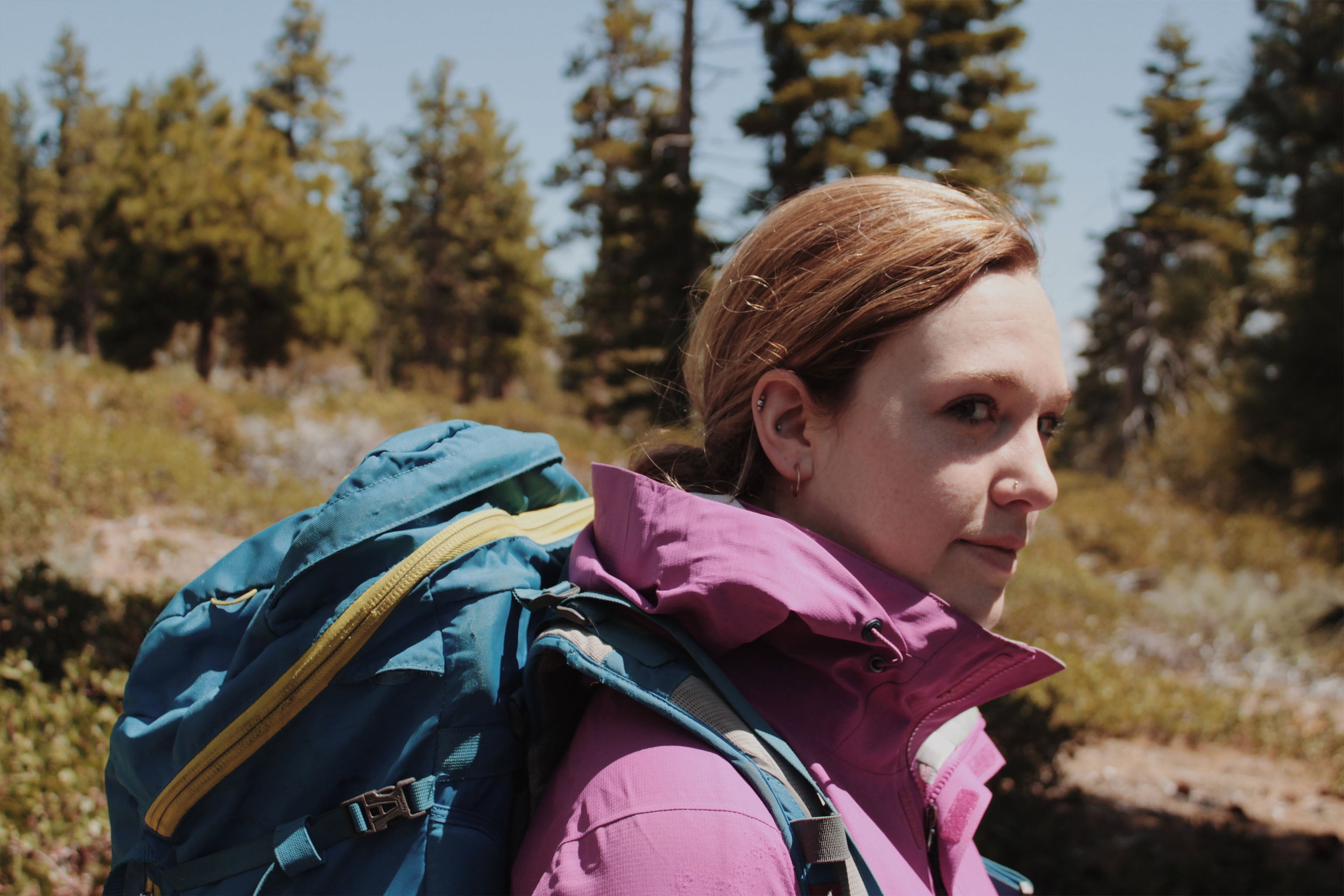 A few final thoughts on technology, if you plan to carry it with you. If you are counting on your phone for communication during your solo, I’d highly recommend carrying a portable battery pack. There’s nothing like grabbing that money shot for Instagram, hashtag winning, only to realize you’ve tanked your phone battery along the way. More battery life, more sweet pics, more battery leftover to call for help if you need it. Lastly, if at any point you opt for headphones for some musical inspiration or to catch that latest podcast, using only one headphone at a time can help you stay aware of your surroundings.

This wouldn’t be a discussion on solo female adventuring if I didn’t say what we’re all thinking: what do we do about strangers on the trail? I’ve met a lot of people on the trail and 99% of them have been wonderful, given me tips for the upcoming miles, and wished me well. Shout out to those people, but we’re not talking about them here. When it comes to strange folk in the wilderness, I apply the same rules as I apply to bears: I don’t want them anywhere near me, but I still recognize that they do exist and mindfully prepare for an encounter. I recently upgraded my keychain-sized pepper spray to a full size can of bear spray and I now carry it when I’m soloing outdoors. Best. Decision. Ever. I put my bear spray to the test (find a wide-open space, and move backwards while spraying to avoid contact) and it really does shoot the full twenty feet advertised, as opposed to the five feet my tiny pepper spray offered. The peace of mind that twenty feet offers me is invaluable. That said, always trust your gut. If you ever feel uncomfortable, under-prepared, or unsafe in any way, there is no shame in heading home. Part of empowerment is the idea that as women, we get to call our own shots. That includes calling it quits if need be. Safety is the utmost importance while soloing. Never be afraid to make the right call for you. 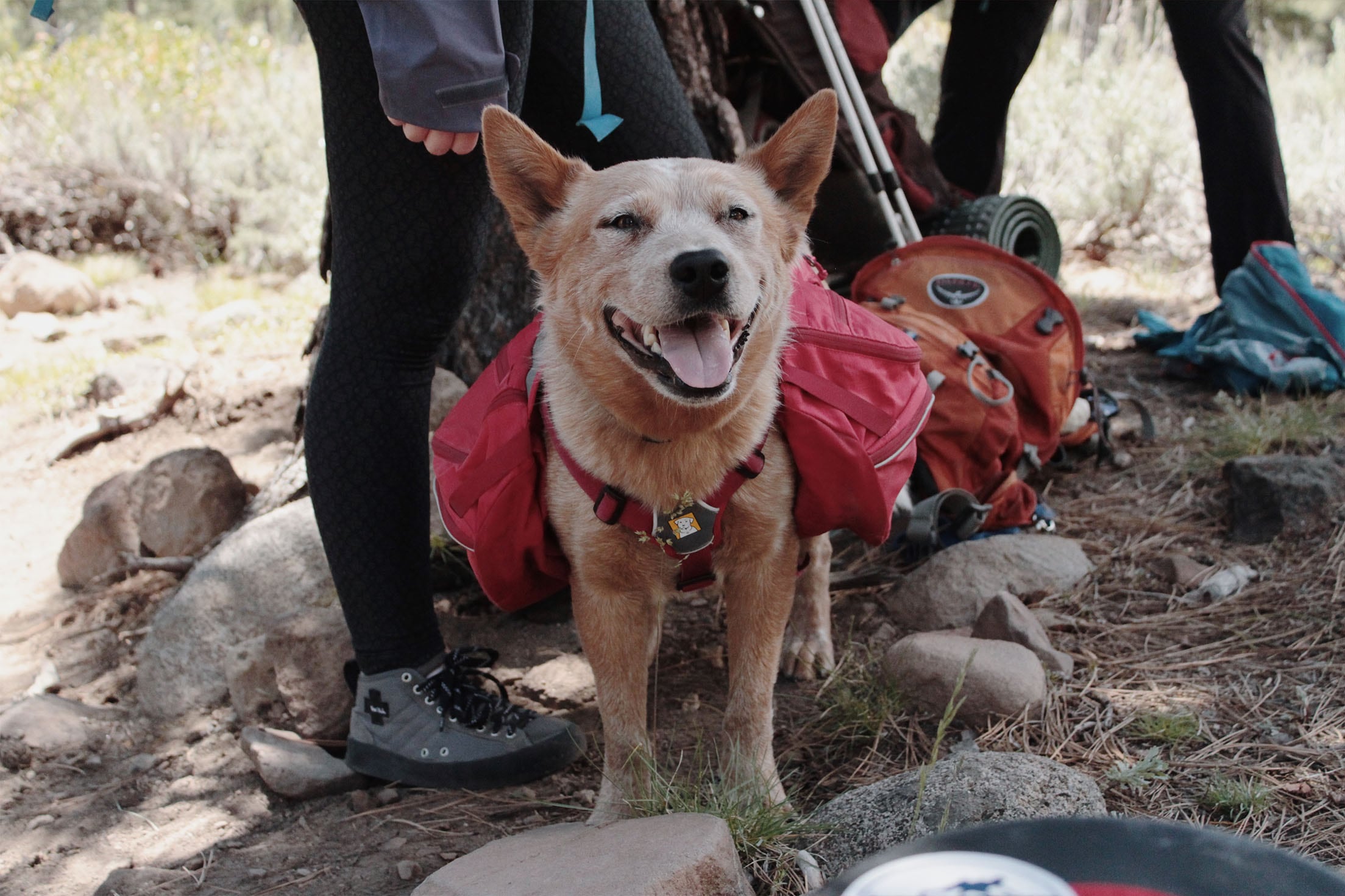 7. Is it still soloing if I bring my dog?

Yes. Highly recommend soloing with a doggo. Dogs make great conversation starters with other trail users, they listen without judgement, they provide comfort, and often provide an acute awareness of surrounding wildlife or possible threats. Just make sure to be aware of leash requirements and pack appropriate water and snacks for your furry friends. A good rule of thumb is to mirror your own needs with your dog. For example, if you’re thirsty, they’re probably thirsty, too.

8. Soloing is not the holy grail of outdoor experiences.

While soloing outdoors provides an incredible potential for clarity of thought and healing, it's not to be considered any greater an accomplishment than going with friends. If you’re not sure where you stand you can always experiment. Try hiking with a friend but staggering your start time by thirty minutes and see how you feel. Look for trails that are close to populated areas and are within cell range. Considering soloing is a wonderful first step, but not a necessary feat for enjoying, exploring, and empowering others to do the same. Your global sisterhood will back you up either way! 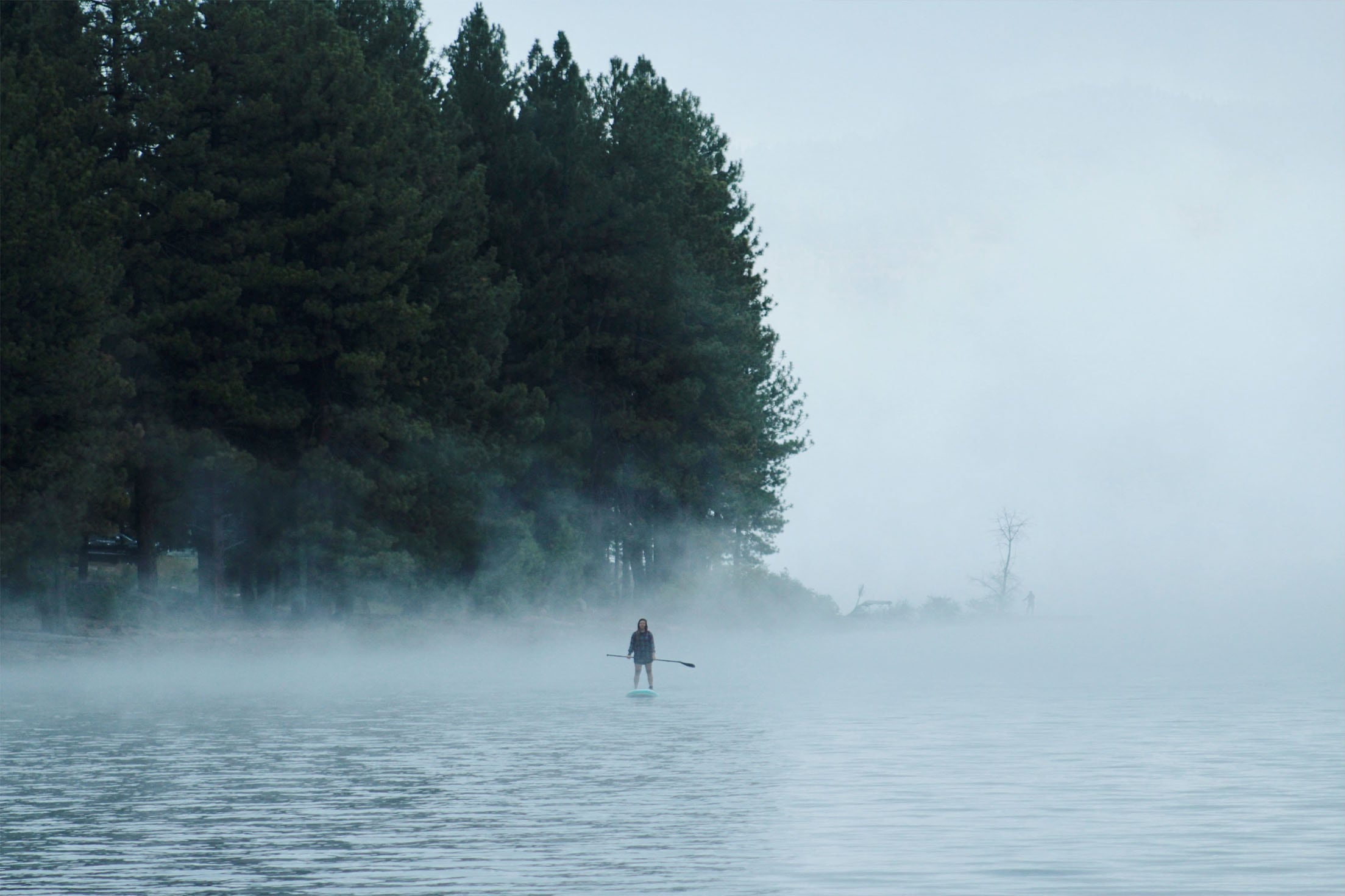 I hope these tips give you insight and confidence for your next solo adventure. I hope you welcome the sound of your thoughts quieting and echoes of birds and mountain streams swell . I hope you conclude your solo with a firm understanding of who you are and what you’re capable of, and bring that confidence back to your everyday life. I hope you never back down from whatever it is that sets you free.

Saturday may be for the boys, but adventure is for the girls. Shelby Holte is a photographer, writer, and outdoor enthusiast based in Nevada. For more of her work, follow her on Instagram on both her personal and photography accounts.